Home/Uncategorized/Diesel vs. Gasoline: Everything You Need to Know

Diesel vs. Gasoline: Everything You Need to Know

As more and more foreign auto manufacturers are offering diesel models in the United States, many consumers have been asking themselves whether diesel vs gasoline is the better choice for their next vehicles. 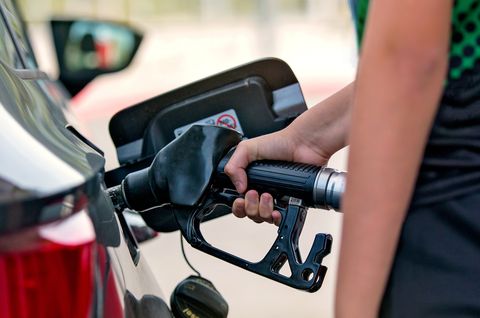 As more and more foreign auto manufacturers are offering diesel models in the United States, many consumers have been asking themselves whether diesel vs gasoline is the better choice for their next vehicles. According to Bell Performance, Subaru, Audi, and Volkswagen currently sell cars with diesel engines in the United States. These engines offer improved efficiency over gas engines without using electricity.

Although gas cars are more popular than diesel in the U.S., diesel engines have nearly half the market share in Europe. Digital Trends notes that while many U.S. consumers consider diesel a dirty fuel, technology advancements have made this a clean, green option for drivers who want a high-powered engine without limiting efficiency. However, it can be challenging for car buyers to understand the difference between these two automotive options.

According to Digital Trends and How Stuff Works, both gasoline and diesel engines use internal combustion. With this type of engine, air enters the engine and combines with fuel. The engine’s cylinders compress the resulting mixture, which ignites to trigger the motion of the piston and crankshaft. The latter component activates the vehicle’s transmission to turn the wheels of the car. Then, the piston moves back to its original position to expel the spent gas from the engine through the tailpipe as exhaust. This process occurs multiple times every second.

These sources, along with Road and Track, note that engines with more cylinders offer more power and smoother operation than engines with fewer cylinders. However, these more powerful engines are also less efficient and more complicated to fix.

Choosing the Right Type of Engine diesel vs gasoline

According to Bell Performance and Road and Track, customers who drive many highway miles often prefer diesel engines, since they are more efficient on these roads than gas engines. Diesel fuel simply packs more energy in every gallon than gas fuel, which makes it more economical overall. Diesel engines are still more efficient than gas engines, but less so for those who are mostly engaged in city driving. Diesel cars also have more torque, which results in better fuel economy along with more impressive acceleration.

It’s important to remember that some types of diesel fuel can have a negative impact on vehicle performance. These include black diesel, biodiesel, and other enhanced diesel products.

For most U.S. consumers, diesel fuel and gas fuel cost about the same. Sometimes diesel rises above gas in price and other times drops below the cost of gas. However, even when you spend more on diesel fuel, you’ll still get more economy from a diesel engine over the life of the vehicle. That’s because you would need an 8-liter gas engine to access the same amount of power as with a 6-liter diesel engine.

Digital Trends reports that diesel engines tend to be more durable and last longer than gas engines, with reliable operation and minimal required maintenance. While diesel cars once weighed much more than comparably sized gas vehicles, this is no longer an issue, thanks to modern manufacturing methods.

While early diesel engines had a deserved reputation for noisy operation, this complaint has mostly been resolved by new technology. Issues like noise pollution and dark smoke have been mitigated, so you may want to put diesel back on your list of possibilities if you were bothered by those concerns in previous decades. Today, the driving experience you’ll have in a diesel-powered car is nearly identical to the experience of driving a gas-powered car.

According to The Motley Fool, in a study they conducted to compare the fuel efficiency of diesel and gas engines, diesel engines were 29 percent more efficient on the highway and 24 percent more efficient in the city. Because this study represents a small sample size, however, you may want to calculate the advantage of diesel for your specific driving needs.

The formula you need is as follows:

When you run the numbers yourself, you will likely see that although diesel fuel costs less per mile you drive than gasoline, it takes many years to break even when you look at the cost of a diesel vehicle compared to the cost of a gas-powered vehicle. If you drive many highway miles every year and plan to keep your diesel car for a long time, however, you may find that it makes sense to pay the upfront premium for the more efficient engine, especially when you consider your annual fuel costs.

In addition, remember that if you shift the percentage of city miles vs. highway miles you drive or if you drive many more or fewer miles per year than you expected you would, your break-even point for a diesel vehicle will change. Drivers who travel less than 10,000 miles on average each year will be unable to limit their fuel costs enough for a diesel engine to make financial sense unless they rarely drive in the city or currently drive a vehicle that requires premium gas.

With our blog about diesel vs gasoline, you can choose for yourself what you want in a car and visit our website for more blogs about cars, engines, manuals, and many other interesting articles!